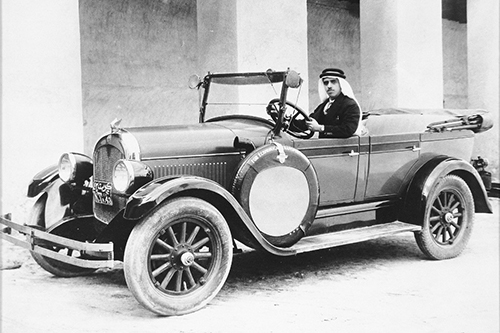 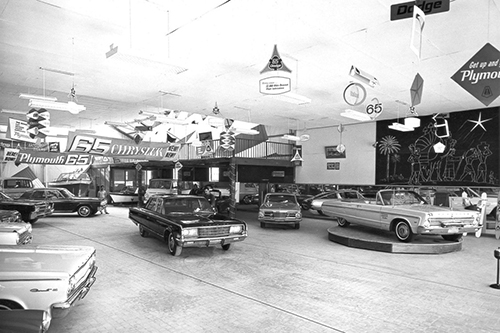 With the clear vision of creating an entrepreneurial legacy, Mr. Abdullah Saleh Al Mulla, the then Secretary of State of Kuwait, started a business trading in electrical appliances in downtown Kuwait City. With his keen business acumen, he was able to forge strong partnerships and utilize opportunities to create a network with reputed international brands. This determination paid off when he acquired the rights for General Electric in Kuwait.

Since the company’s inception, Al Mulla Group has stood for unrivaled quality above all. This stemmed from the founder Mr. Al Mulla’s belief in enduring partnerships that stood the test of time. He believed that every successful business is built on mutual trust and respect, and that excellence and professionalism were key components of keeping pace with growth. Even today, these principles form the pillars of Al Mulla’s Groups business operations.

Prior to the oil boom era in the Middle East, Kuwait was a negligibly small automotive market. But as a man with a vision, Mr. Al Mulla identified an opportunity and seized it. In 1948, the Group signed on as the sole distributor for Chrysler, Dodge, and Plymouth automobiles in Kuwait – another partnership that has gone from strength to strength over the years.

Seeing further opportunity beyond the notable achievements within the automotive sector, the Group looked towards expanding its portfolio with further acceleration. Being a family-run business rooted in ethics and values, the Group as a whole had no interest in garnering short-term profits – the goal was to create tangible and sustainable growth that could demonstrably keep pace with ever changing market demands and fluctuations. After substantial research and study, Al Mulla Group ventured into new domains that include engineering, financing, marine equipment, food products, insurance, and travel.

With decades of automotive experience, in 1972, the Group clocked another milestone in its illustrious journey by becoming the sole distributor of Mitsubishi Motors in Kuwait. Even today, this exemplary partnership stands strong and has continued to blossom, with Al Mulla Group even successfully expanding the brand’s presence in Egypt by way of a joint venture.

Since it was first established, the Group has developed in structure and expanded exponentially. New subsidiaries were formed and exciting ventures were added to cater to the growing needs of the Group’s stakeholders and customers, with over 40 companies and subsidiaries currently under its umbrella.

Among these are an office automation systems company, a manufacturing division, a financial services firm, a dedicated unit for security services, a money exchange service, as well as several other divisions – each of which is considered a leader in its sector in Kuwait.

Throughout its journey, Al Mulla Group has staunchly abided by the principles of its founder and continues to honor its core values of excellence, professionalism, and innovation; which continue to be the cornerstone of our identity even today.