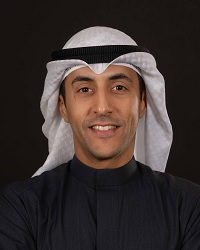 Talal Anwar Al Mulla is the Chief Executive Officer and Board Member of Al Mulla Group, a leading diversified privately held business group based in the State of Kuwait.

Talal joined Al Mulla Group in 2002. Over the years, he has occupied several leadership positions within existing sectors in the Group, including Deputy CEO of the Group in 2015. In November 2018, he was appointed as the Chief Executive Officer of Al Mulla Group, leading the Group into new heights and instilling an entrepreneurial spirit with a global outlook. In this leadership role, Talal has the responsibility for the overall performance of the whole Group and its diverse subsidiaries, whilst leading the development and execution of the business strategies for expansion and sustaining its legacy of growth.

Talal graduated from Bentley College, Waltham, Massachusetts in the U.S., with a BSc degree in Finance and a Master’s degree in Business.

Talal sits on the boards of numerous companies and entities, including: