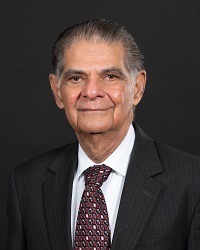 Following his retirement from his position as Chief Financial Officer at the end of March 2022, Minoo F. Patel remains as an Advisor to the Al Mulla Group, a leading diversified privately held business group based in the State of Kuwait.

Minoo joined Al Mulla Group back in February 1987 and took on various leading roles within the organization over his more than 35 years of service to the Group. He continues to be an Advisor to the Al Mulla Group post retirement. Prior to joining Al Mulla Group, Minoo held several leading financial positions at renowned multinational business organizations including Finance Director of Boots (India) Ltd., a subsidiary of Boots PLC of U.K.

Minoo sits on the boards of several companies including: