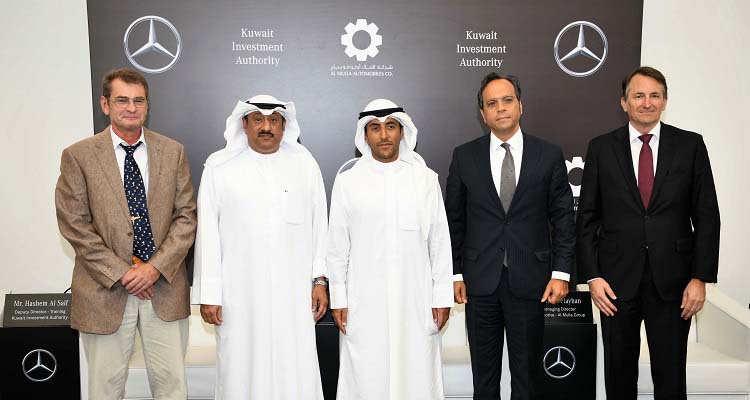 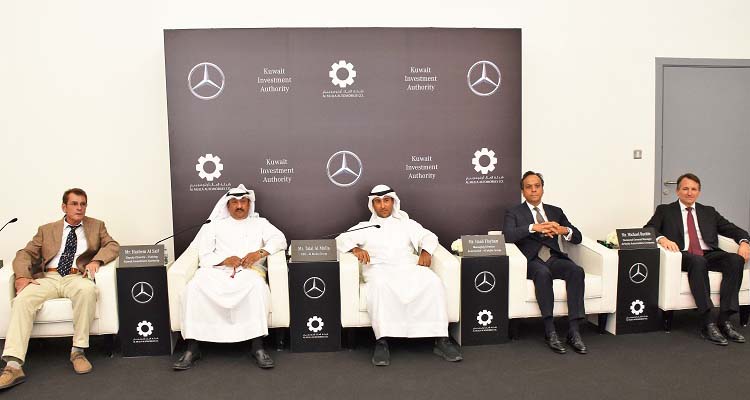 Kuwait Automotive Academy is the result of the successful partnership between Daimler AG and Kuwait Investment Authority, which is a major stakeholder in the parent company. Both parties share a common vision to provide advanced training programs and support the Kuwaiti youth who wish to work in the automotive industry.

During the inauguration, Mr. Talal Al Mulla, CEO of Al Mulla Group said: “We are proud of our partner-ship with Daimler AG, not only because they are among the leading manufacturers of vehicles in the world, but also because we share common values of innovation, excellence and commitment to the society.”

“We are happy to support our partners in the opening of Kuwait Automotive Academy, which is a great facility that has a history of achievements in providing very specialist skills and expertise to our Kuwaiti youth. The Academy is a living example of how partnerships between the private and public sectors can be extremely successful and beneficial to all parties as well as the community,” Mr. Al Mulla added.

Mr. Hashem Saif Al-Saif- Deputy Director, Training Department- Kuwait Investment Authority stated: “In February 28, 2005 the Kuwait Investment Authority and Daimler AG signed a memorandum of understanding to form the Kuwait Automotive Academy to focus on automotive technology, with the aim to train and empower Kuwaiti youth in the fields of vehicle checks, mechanical programming, and electrical elements to the highest standards.” In addition Mr. Hashem Al-Saif commented on the various other development programs in place at the Kuwait Investment Authority, including the training programs on offer for new Kuwaiti graduates, an employment program for Kuwaitis in the World Bank, The Middle East Center for Economics and Finance program that is part of the IMF, and the MBA scholarship program provided to individuals joining top ranking Universities- according to the Financial Times rankings.

The academy offers advanced training programs that are facilitated by Daimler AG-certified experts, who provide Kuwaiti youth with the knowledge and expertise they need to excel in the automotive industry, with a focus on Mercedes-Benz cars and trucks.

Since its establishment in 2007 to date, the Academy has received over 117 trainees and provided them with high-quality educational programs in the automotive industry, without the need to travel abroad. The Academy is supported by the Kuwait Investment Authority as part of its belief in the industry as a vital sector in Kuwait’s economy. The Academy receives up to 12 trainees per year.

The Kuwait Automotive Academy trains Kuwaiti youth who have completed their high school education, as well as a curriculum at the Applied Education and Training Institute or university, and who want to work in the automotive industry.

To join the Academy, applicants must meet certain criteria, such as a good technical understanding of the industry and proficiency in English.

Training programs at the Academy cover mechanics, electronic and electrical systems, inspection pro-grams, management, and marketing. The idea of the Academy was debated back in 2004. In 2005, a memorandum of understanding to establish the academy was signed between Kuwait Investment Authority and Daimler AG.