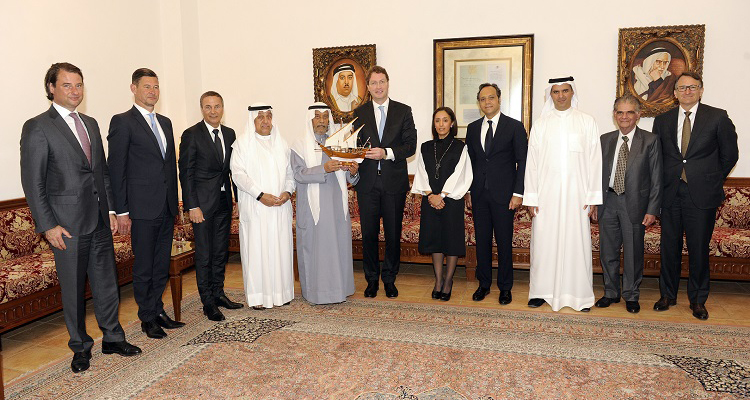 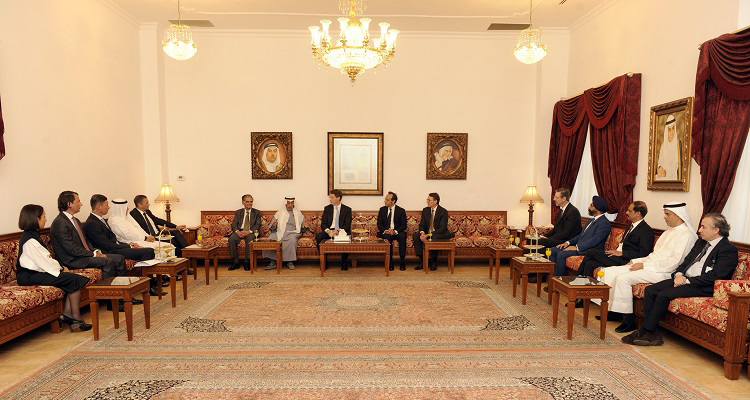 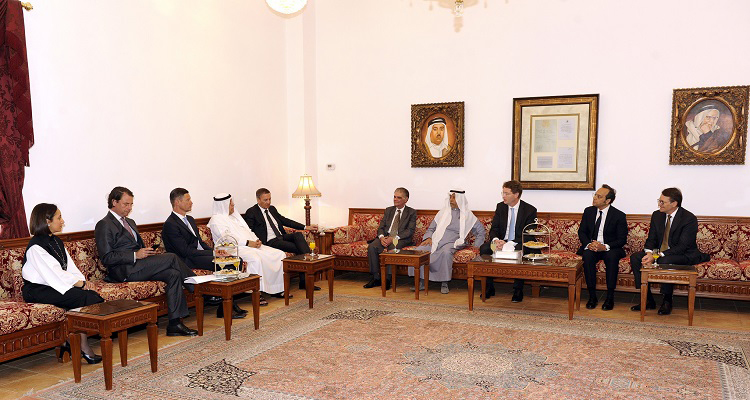 Kuwait: Board members of Al Mulla Group received yesterday Mr. Ola Källenius, the Chief Executive Officer designate of Daimler AG, and his delegation during his visit to Kuwait as an official guest of Kuwait Investment Authority.

The visiting delegation met with members of the Board at Al Mulla Diwaniya, where they held discussions around the business relations between Daimler AG and Al Mulla Group and ways to expand these relations to ensure Kuwait’s market gets the best services and products of Mercedes-Benz. The delegation was also taken on a tour around the historic Al Mulla diwaniya.

The delegation also met at the Mercedes-Benz showroom with officials from Al Mulla Automobiles Co., Kuwait Investment Authority, and Kuwait Automotive Academy. All parties stressed the important role of the academy in training Kuwaiti youth and developing their skills, and they all pledged their full support to all activities and initiatives of the academy.

Mr. Najeeb Al Mulla, Chairman of Al Mulla Group, was pleased to receive the delegation. He said: “We were honored to receive Mr. Källenius at our family diwaniya. We held discussions that would positively advance the relations between Daimler AG and Al Mulla Automobiles Co., the general distributor of Mercedes-Benz in Kuwait.”

Mr. Anwar Al Mulla, Deputy Chairman of Al Mulla Group, welcomed the visitors and said: “We were happy to meet with Mr. Källenius and his delegation. It was a very productive meeting. It was clear that we share common visions and see eye to eye regarding expanding our business in Kuwait.