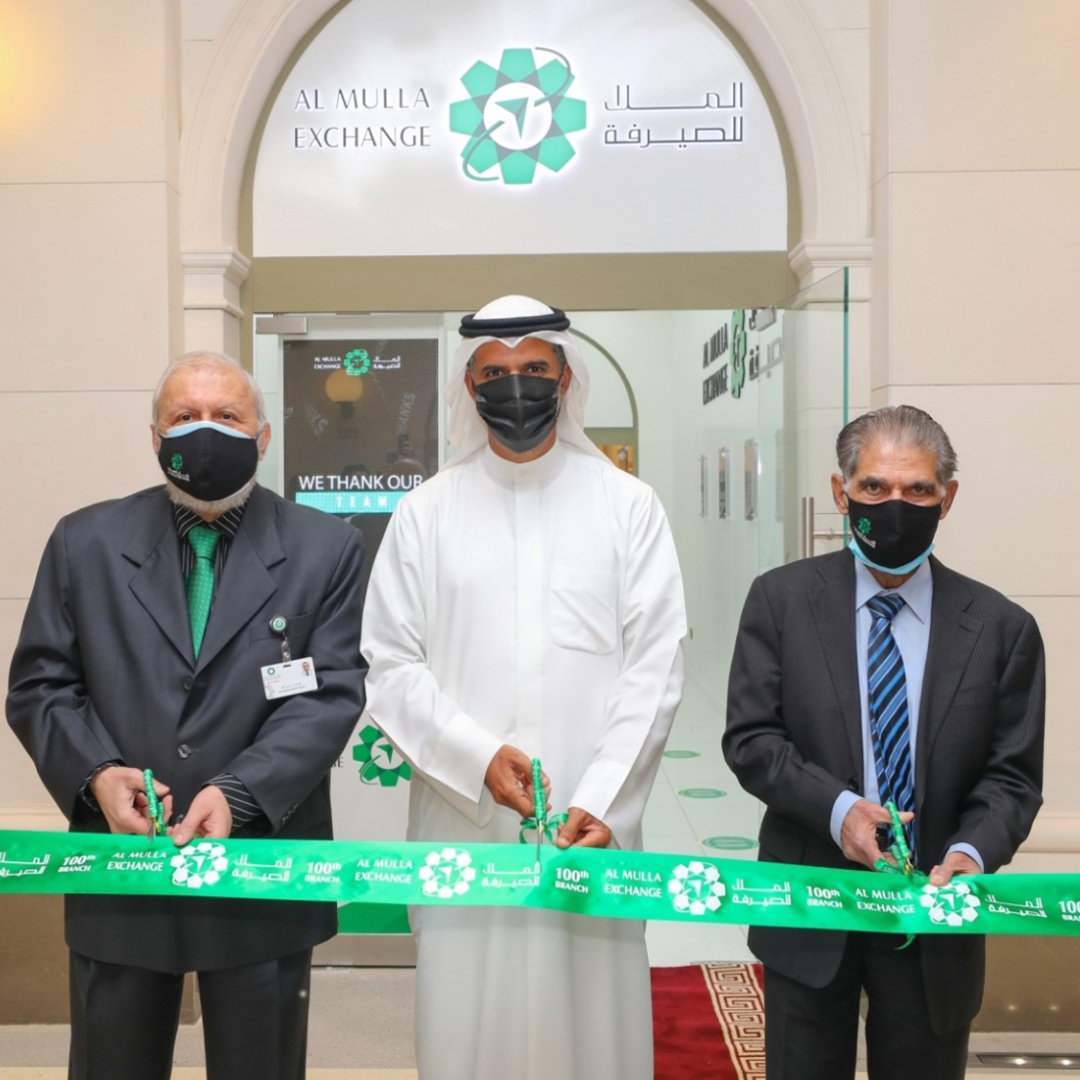 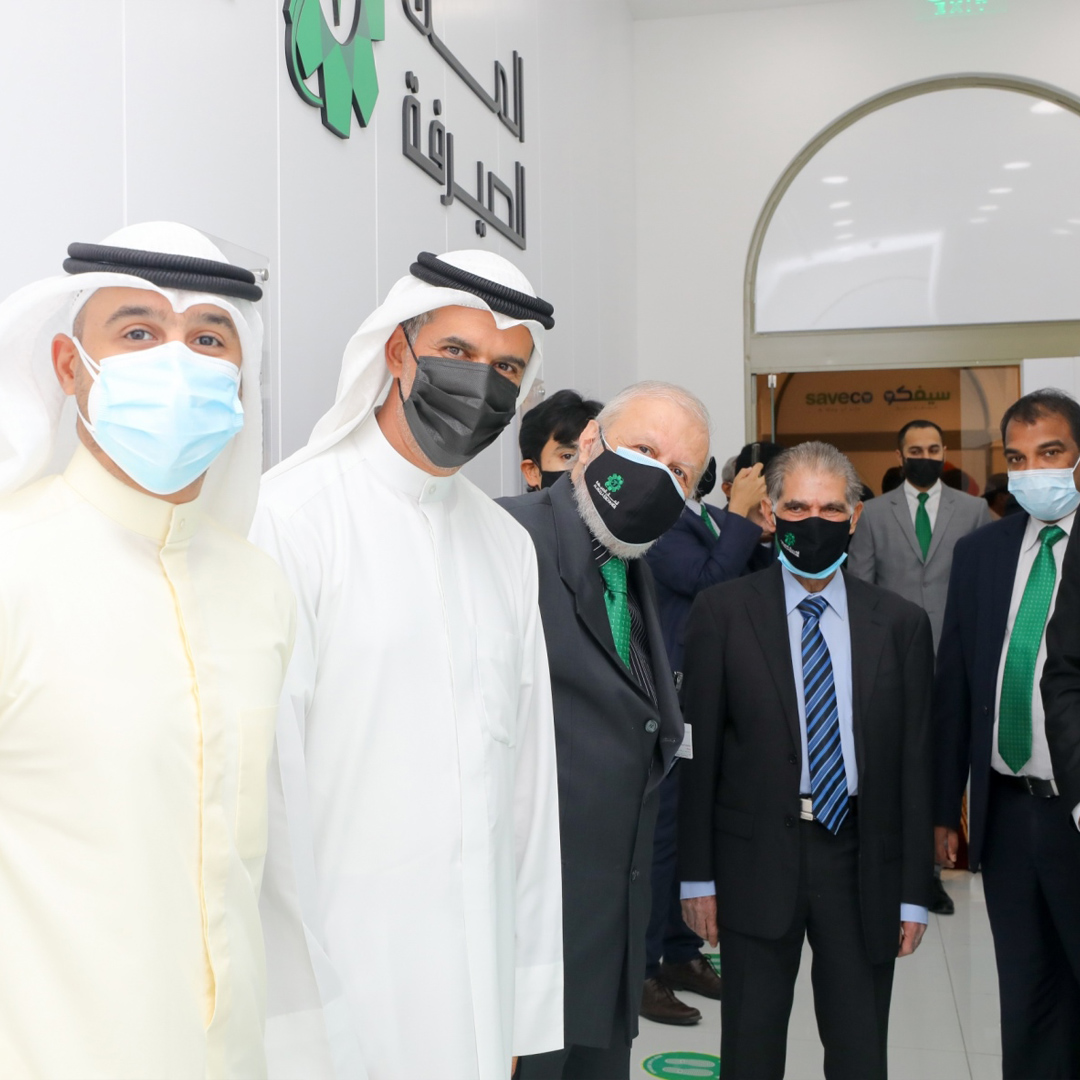 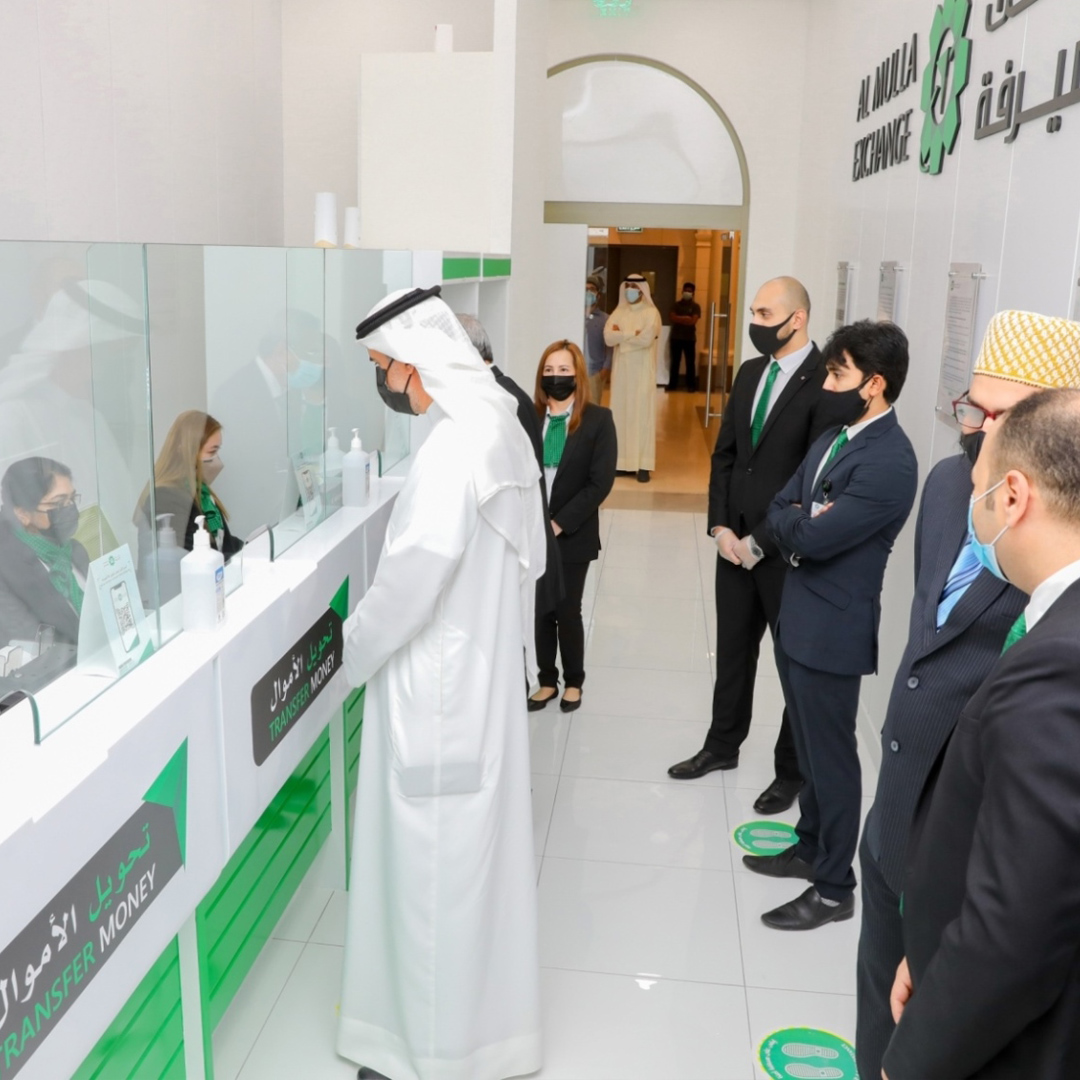 Al Mulla Exchange Co. KSCC, a member of Al Mulla Group, and the remittance service provider of choice for everyone in Kuwait since 2001, celebrates the opening of their 100th branch in Kuwait located at The Forum in The Avenues. Members of the Board of Directors of the Company accompanied by senior management members attended the official inauguration ceremony.

The opening of the 100th branch for Al Mulla Exchange in Kuwait marks an important achievement in the company’s continuous journey to strategically grow its operations in Kuwait. Over the past 20 years, Al Mulla Exchange has transformed the way exchange and remittance services are delivered in Kuwait. The consistent opening of Branches has brought the Exchange closer to the customers, so that their remittance experience becomes easier. Its remarkably brisk digital transformation has shaped the remittance industry not only in Kuwait but also in the entire Middle East. One such initiative, e.g. Launch of Online Remittance Services through their website and also on Al Mulla Exchange Mobile Application has been a remarkable success.

Commenting on this milestone achievement, Mr. Abdulla Najeeb Almulla, Chairman of Al Mulla Exchange, said: “We are very proud of the strategic growth and expansion journey of our Exchange operations, and we are delighted today to open the 100th branch of the company at this iconic shopping destination of Kuwait. At Al Mulla Group, we pride ourselves in being the leaders in every industry we operate in, and Al Mulla Exchange consistently delivers on our promise to provide the highest level of professional services to our customers at every convenient location and also digitally on their fingertips. No matter where you are in Kuwait, you would always find a Branch of Al Mulla Exchange near you.”

Al Mulla Exchange embarked on its journey in 2001 to change the remittance landscape in Kuwait. Within a short period of time, it has become the most trusted Remittance and Money Exchange Company of this country. It has introduced many technological innovations in Kuwait remittance market, including the first to introduce API based Direct connectivity with Banks, easy to use and intuitive Mobile Remittance App, Automated Remittance Kiosks, measuring and sharing Turnaround time for service deliveries, Home delivery of Currency ordered on the App., and many others. In 2020, Forbes Middle East ranked Al Mulla Exchange as the top Remittance and Money Exchange Company in Kuwait. The company also has operations in Oman under the name Modern Exchange with 34 branches spread across the Sultanate of Oman.

The 100th branch of Al Mulla Exchange is located at the Forum Sector (next to Saveco Hypermarket) in the 4th expansion of The Avenues Mall. It will provide shoppers as well as staff of the establishments of the Avenues, the ability to conduct their remittance and money exchange transactions with much needed convenience and ease.

For more information about the products and services of Al Mulla Exchange, please visit www.almullaexchange.com or look us up @almullaexchange on Social Media platforms; Facebook, Instagram, LinkedIn, and Twitter, or call our Hotline (+965) 1-840-123.