On its 15th Anniversary, Al Mulla & Behbehani Continues Its Journey of Strategic Growth 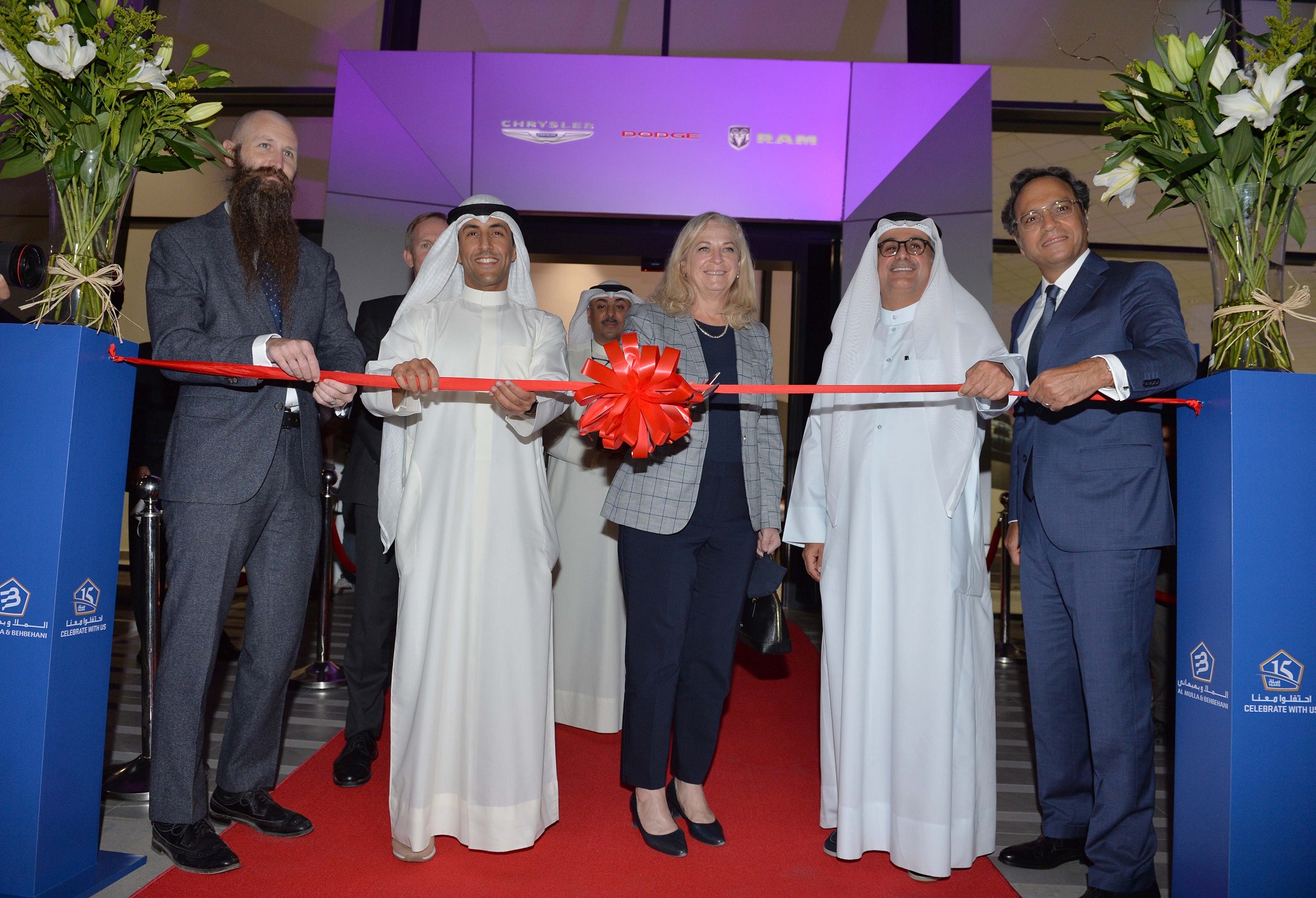 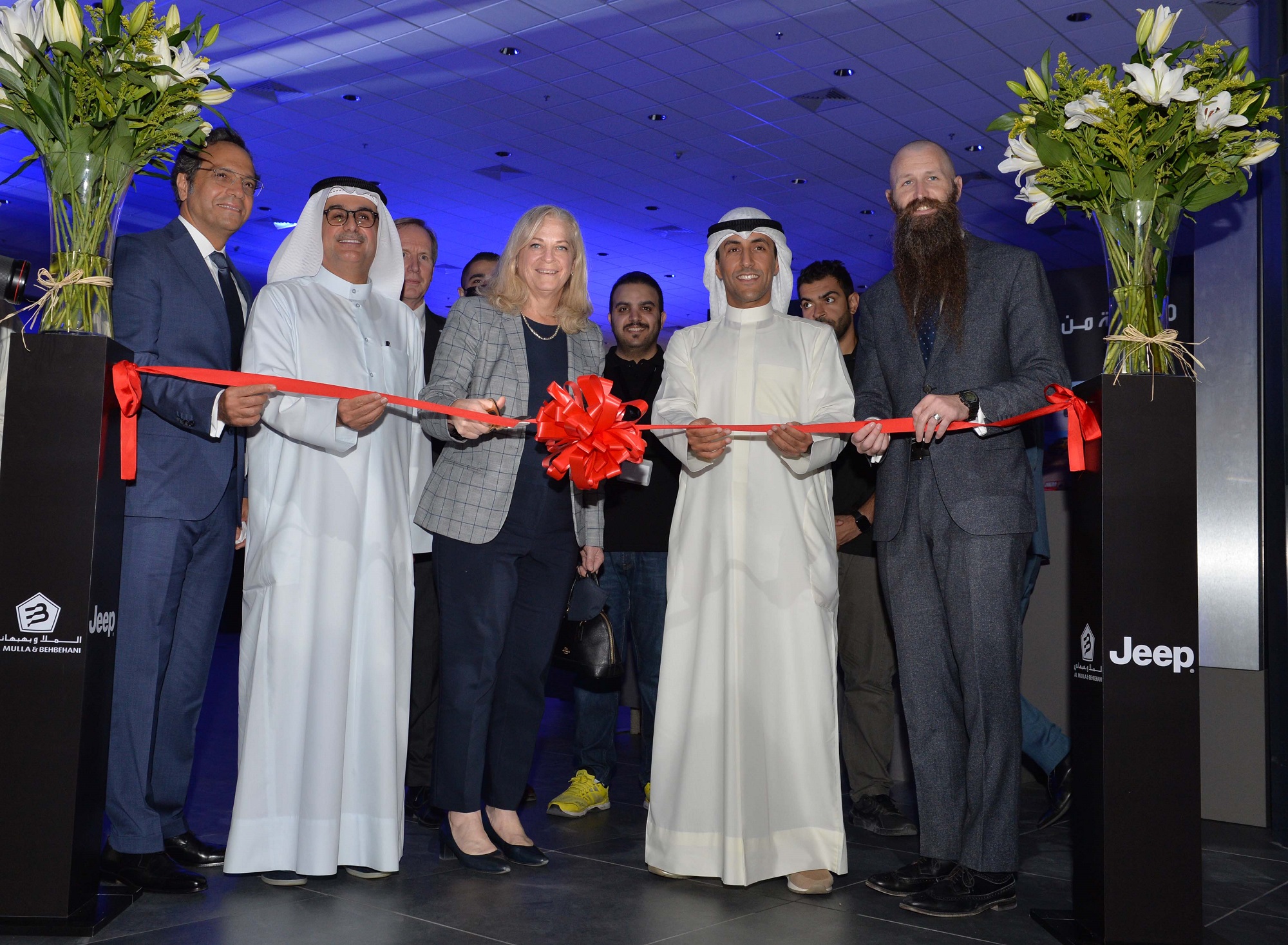 Previous Next
In the year that marks its 15th anniversary, Al Mulla & Behbehani Motor Company (MBMC), the sole authorized distributor of Chrysler, Dodge, Ram, Jeep, Alfa Romeo, Fiat, Abarth and the Mopar®️ brands in the State of Kuwait, To commemorate the occasion, the company recently celebrated the opening of an all-new showroom for Chrysler, Dodge, and Ram, as well as a new standalone Jeep showroom in Al Rai Area in Kuwait. Deputy Chairman of Al Mulla & Behbehani Mr. Talal A. Al Mulla, accompanied by H.E. Ambassador Alina Romanowski, the U.S. Ambassador to the State of Kuwait, Deputy Chief of Mission at the U.S. Embassy Mr. James Holtsnider, and Board Member at MBMC Mr. Talal Behbehani inaugurated the official ceremonies.

The Jeep legend began in 1941 with the fabled Willys MB – the first ever mass-produced 4x4 vehicle – and grew over the decades with the constant launch of new products building an enduring reputation that has seen the brand become synonymous with off-road excellence. Constant innovation has seen the legend evolve, with comfort, handling and connectivity now every bit as much of the Jeep DNA as its off-road prowess. The Jeep brand continues to deliver an open invitation to live life to the fullest by offering a broad line-up of vehicles that give owners the sense of security to handle any journey with confidence.

At the showrooms’ opening ceremonies, Deputy Chairman of Al Mulla & Behbehani Motor Company Mr. Talal A. Al Mulla commented: “We are honored to have H.E. Ambassador Alina Romanowski, the U.S. Ambassador to the State of Kuwait join our celebrations of the 15th Anniversary of Al Mulla & Behbehani Motor Company, a joint venture partnership between Al Mulla Group and Mohammad Saleh & Reza Yousef Behbehani, and to commemorate the occasion with the opening of these two new showrooms today, which also coincided with the regional launch of the new Jeep Grand Cherokee L, SUV. Al Mulla & Behbehani is a strategic alliance and a journey that will continue for years to come, with significant investments planned in the near future to deliver world-class experiences to our loyal customers in Kuwait.” Adding, “Al Mulla & Behbehani was built on three pillars; well trained staff, continually improved processes, and state of the art facilities, which are vital to our ongoing commitment to improve the customer experience across all fronts. Today, we are proud to showcase the perfect execution of all these principles in action.”