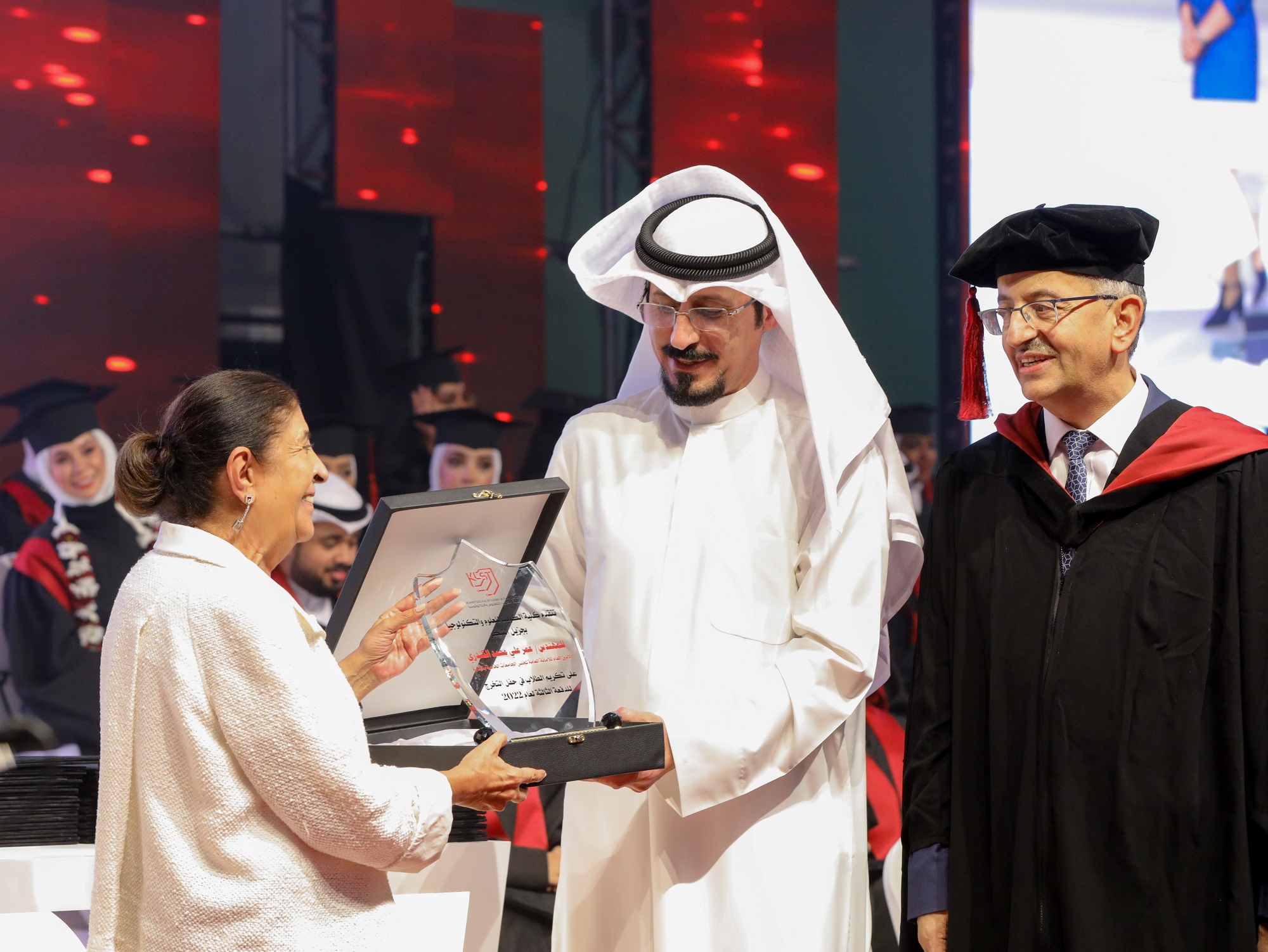 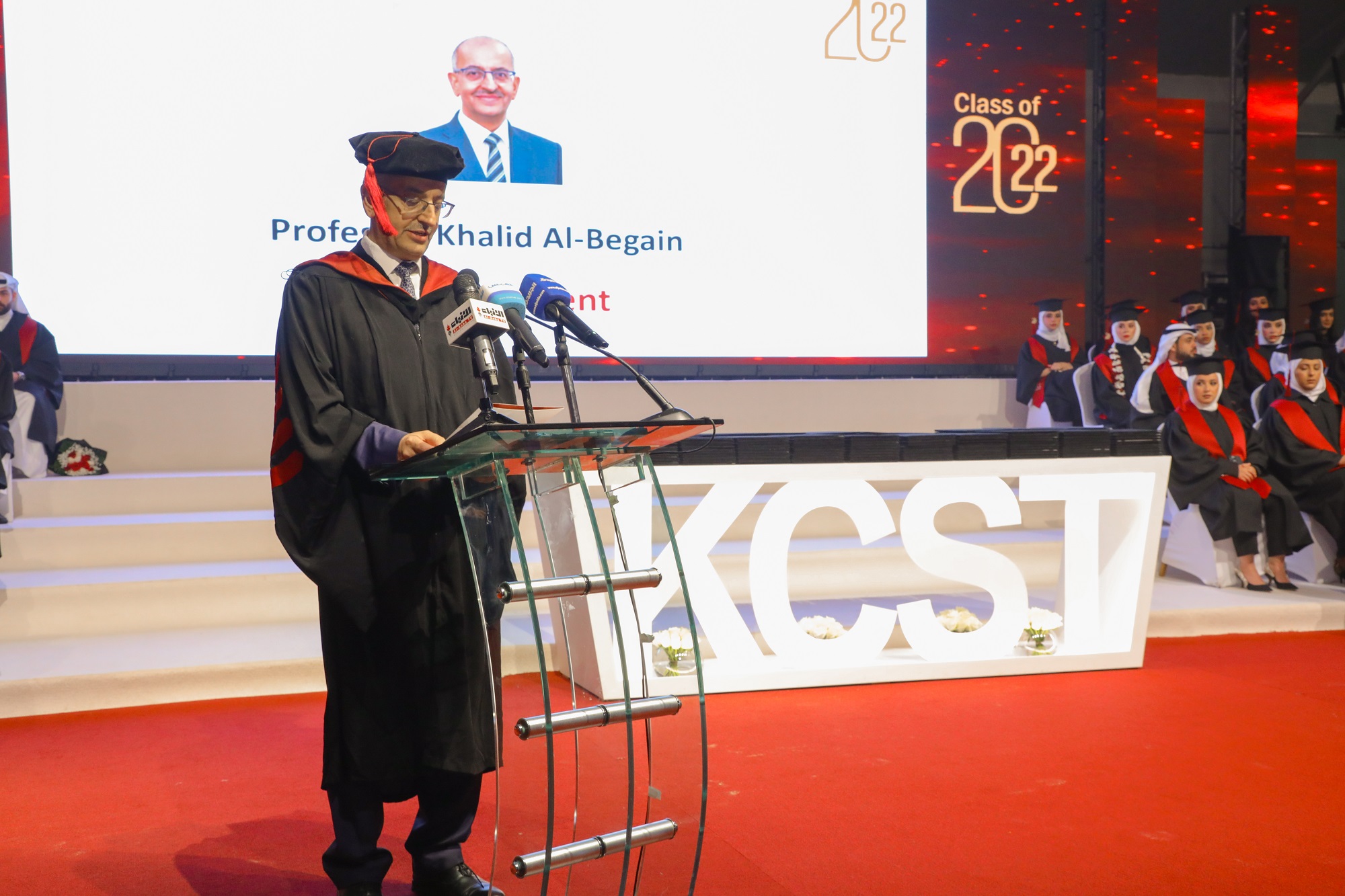 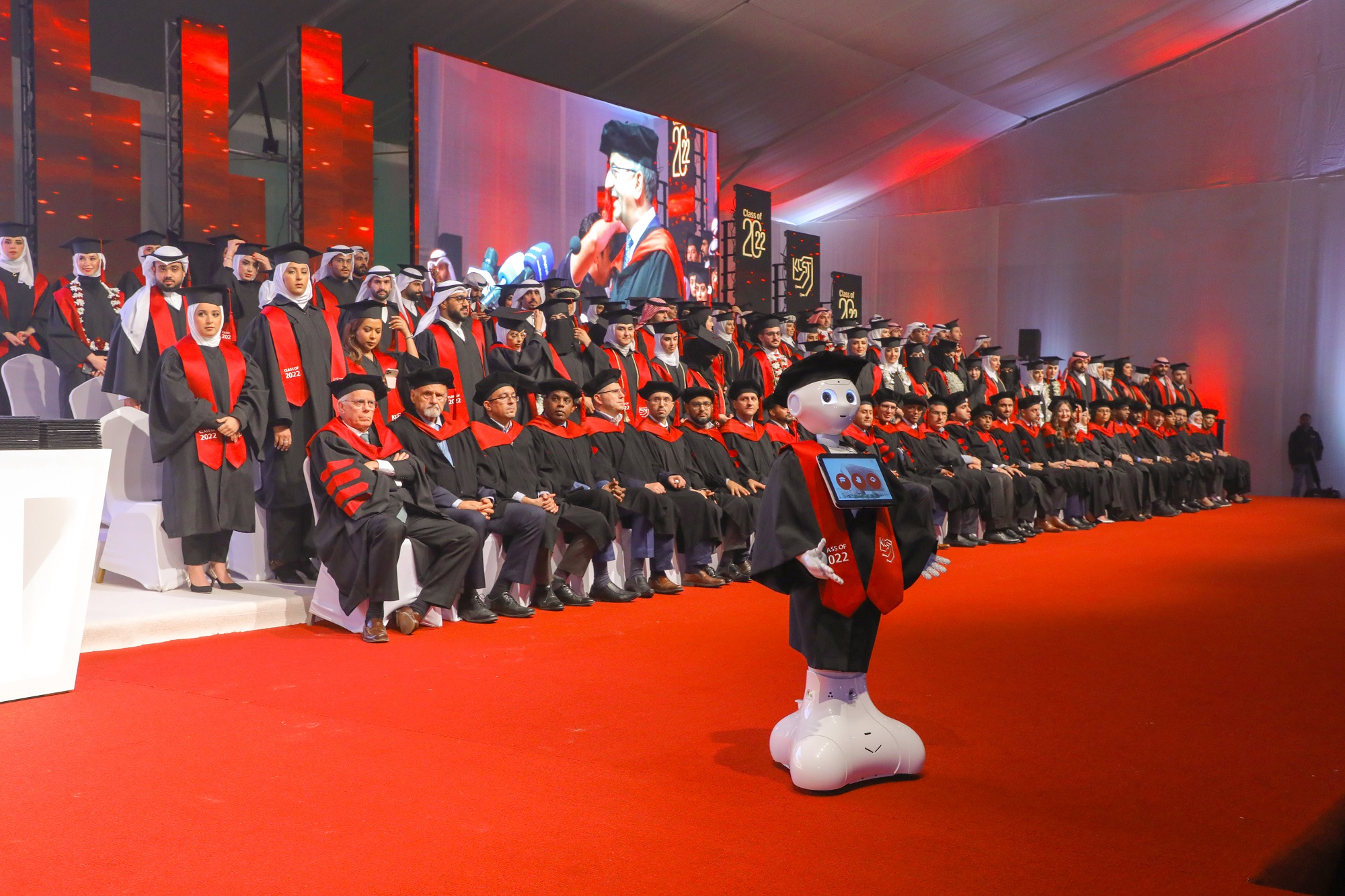 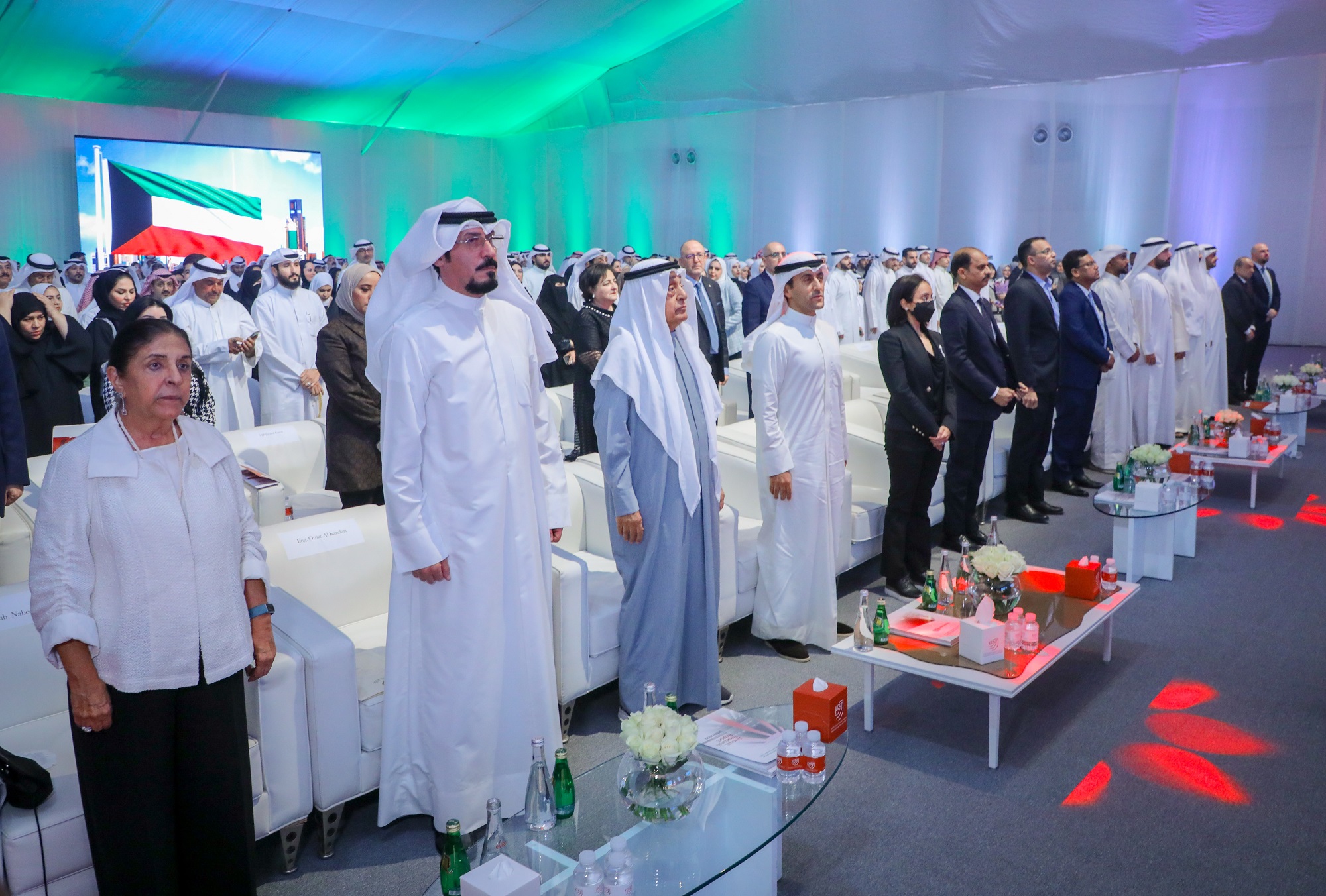 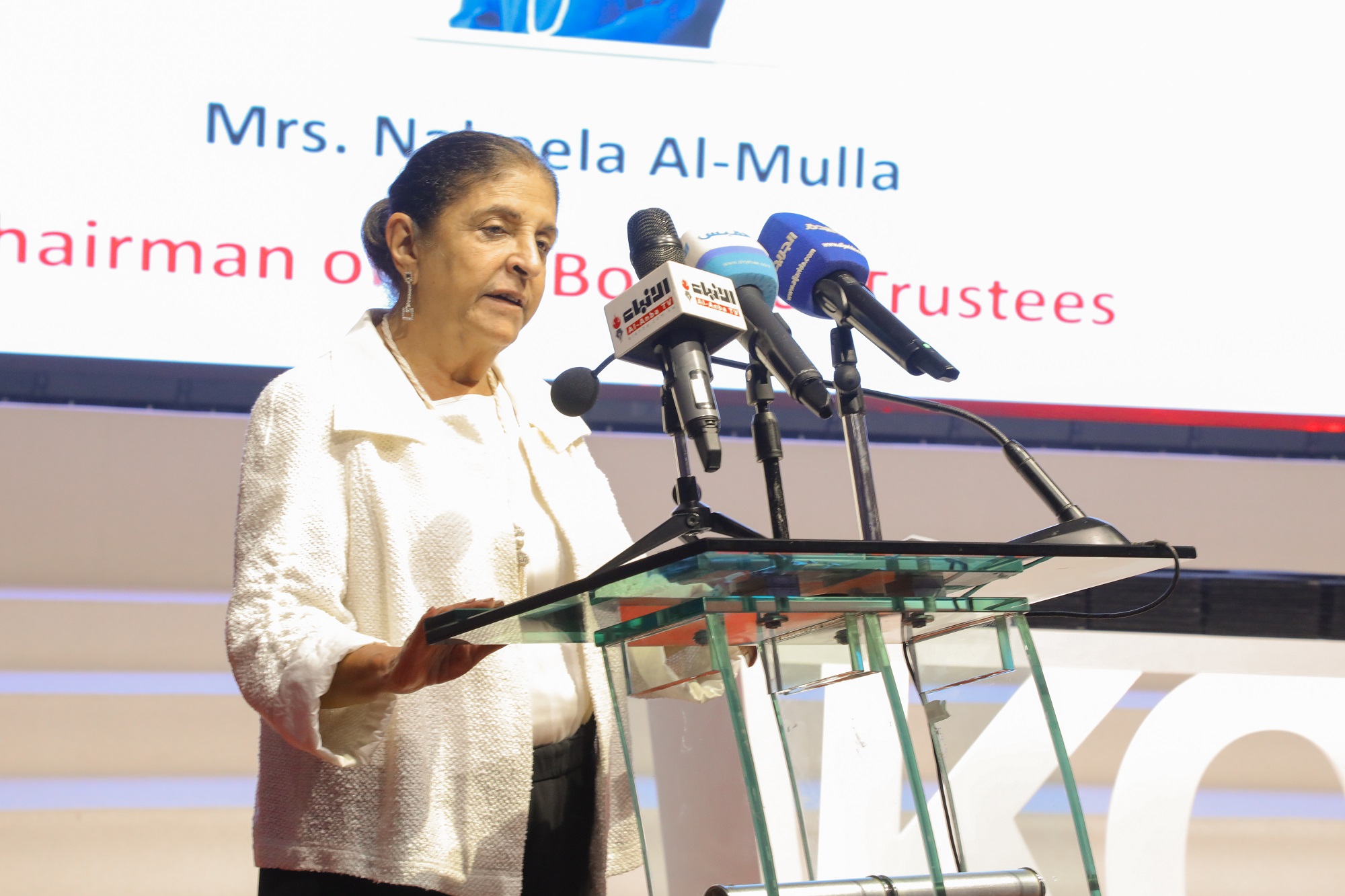 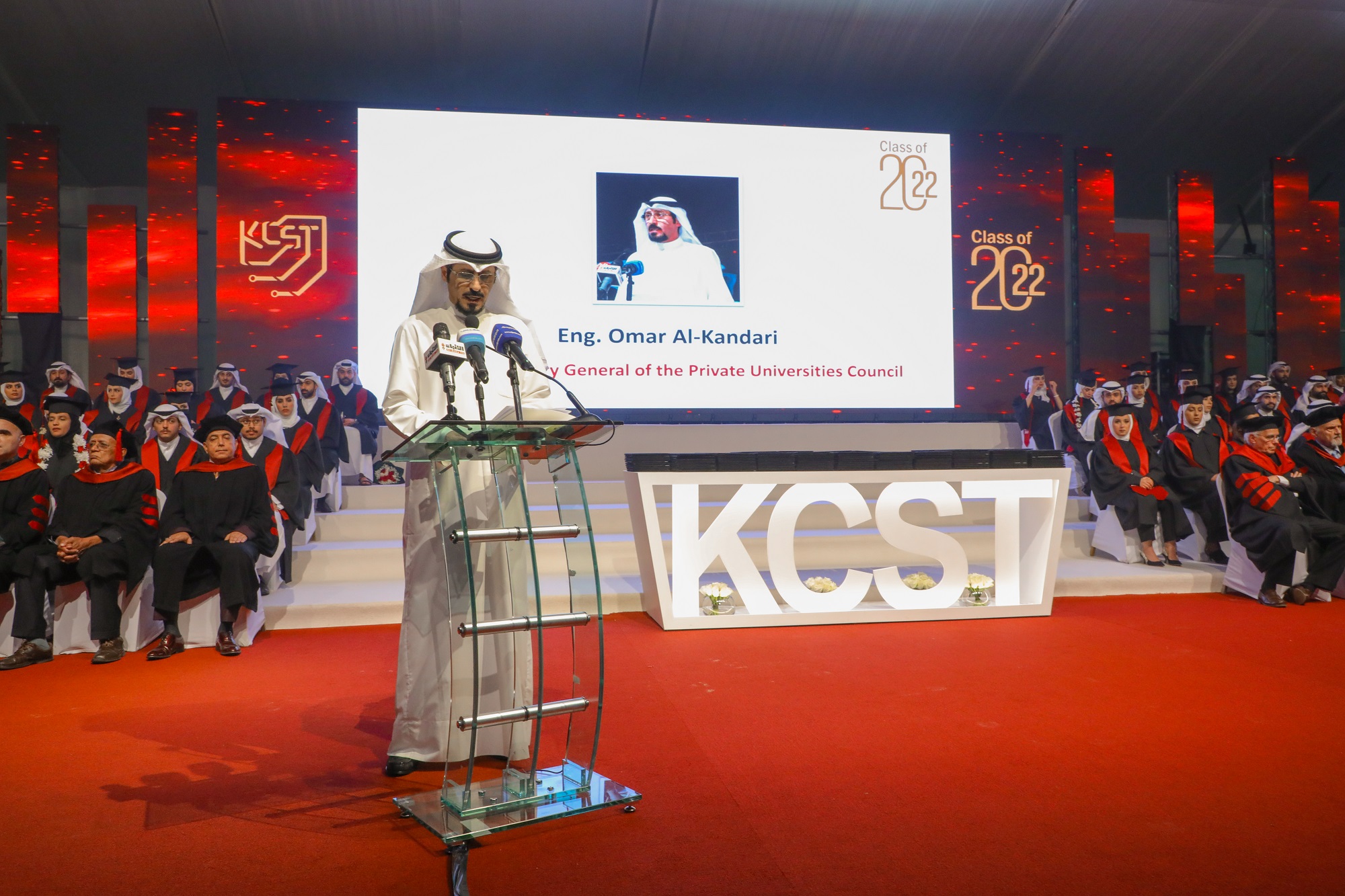 At a ceremonial event that was held recently at its campus in Doha, Kuwait College of Science & Technology (KCST), an affiliate of Al Mulla Group and one of the leading universities in Kuwait, celebrated the graduation of its 2021/22 class in the fields of Computer Science, Computer Engineering and Electronics, and Communication Engineering.

The third graduation ceremony at KCST, with 233 graduating students this year, was organized under the auspices of His Excellency the Minister of Education and Minister of Higher Education and Scientific Research, Dr. Hamad Abdul Wahab Hamad Al-Adwani. The ceremony was attended by the Acting Secretary General of the Private Universities Council in Kuwait Eng. Omar Ali Mohammed Al-Kandari, the Deputy Chairman of Al Mulla Group Mr. Anwar Al Mulla, the Chairman of the Company of Science & Technology for Higher Education and CEO of Al Mulla Group Mr. Talal A. Al Mulla, the Chair of KCST Board of Trustees H.E. Ambassador Nabeela Al Mulla, the Deputy Chair of the Board of Trustees Ms. Danah Al Mulla, and members of KCST’s Board of Trustees. At the graduation ceremony, the President of KCST, Prof. Khalid Al-Begain, as well as the faculty, management, and staff at the university shared with the graduates and their parents the memorable moments of completing an important phase of their lives.

Commenting on the event, the Chairman of Science & Technology for Higher Education Company and CEO of Al Mulla Group Mr. Talal A. Al Mulla said: “we are delighted to witness this meritorious event and celebrate the graduation of our KCST students in 2022. We are proud of our students’ determination, persistence and dedication to achieve their educational objectives that will pave the way for a bright future for them and for Kuwait.” He added, “Through our affiliation with KCST since 2015, Al Mulla Group has been keen to avail various support opportunities for our young and talented men, and women, such as full-time scholarships and other support means to help them build a prosperous future for themselves and their country. Investing in today’s talents is a core value that we are committed to at Al Mulla Group.”

President of Kuwait College of Science & Technology, Prof. Khalid Al-Begain, commented: “I congratulate our graduates who made their way to success in a difficult period of time and who will contribute to building the new Kuwait and fulfilling the aspiration of its people. The university and its academic staff have been keen to provide every student with the necessary and distinctive skills in order to prepare them to start their career journey as soon as possible, especially by offering them practical experiences in the university’s unique laboratories, such as the Cybersecurity, Innovation, Fifth Generation, Communications and Artificial Intelligence laboratories.”

The University of Innovation, High Focus Research and Quality of Teaching:
Kuwait College of Science and Technology (KCST) is a private university that started its operation in 2015. It is licensed by the Ministry of Higher Education in Kuwait. With over 1,700 students and over 500 research outputs, today KCST is the default University of Technology in Kuwait, known for innovation, high-focus research and quality of teaching, offering high technology bachelor programs.

KCST has recently received this year international academic accreditation for its engineering programs from the Accreditation Board for Engineering and Technology for its Engineering (ABET), as well as accreditation by Kuwait’s Society of Engineers.
For more information about KCST, please visit their website: www.kcst.edu.kw and follow their social media accounts at LinkedIn: @kcstkwt, Instagram: @kcstkwt, Facebook: @kcstkwt and Twitter:@kcstkwt